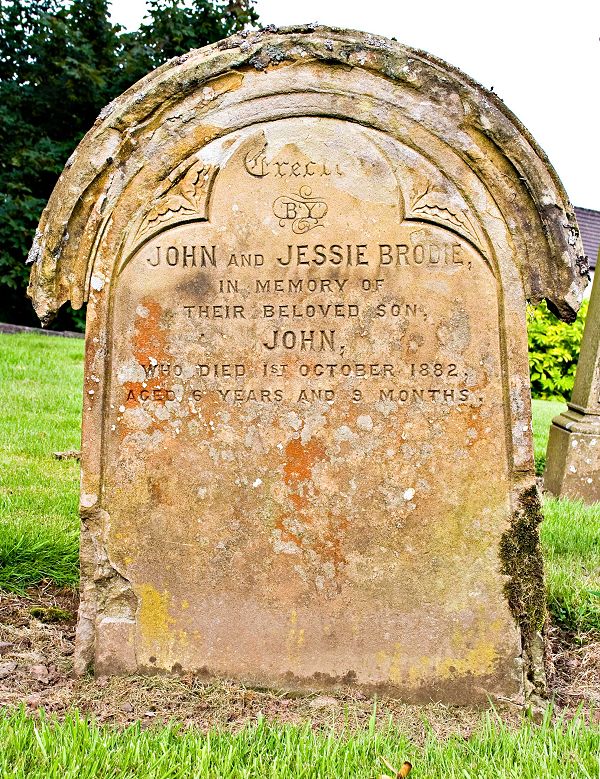 Our generation has witnessed a resurgence of tuberculosis in recent years but few realise how prevalent the disease was in the 19th century. A diagnosis of tuberculosis (consumption was the lay term used) was considered to be tantamount to a death sentence. In the late 19th century one in seven of the population died from this disease.

When John Brodie, the coachman’s son at Broom Stables died of tuberculosis on 12th October 1882, the world of medicine had not yet accepted that the disease was caused by an infective agent, believing it, among a multitude of theories which had been put forward over the years, to be caused by ‘bad air’. A breakthrough came on 24th March 1882 when Robert Koch, an unknown Austrian country doctor, addressed the Berlin Physiological Society. His subject was ‘Die Tuberculose’ and he demonstrated that by using a dye called methylene blue it was possible to show the presence of previously undescribed bacteria, the tubercle bacilli, in organs which had been affected by the disease. It was many years before his work was accepted, and many more before treatment became available.

John was the only son of John and Jessie Brodie (née Taylor) who met when they were in service at Aitkenhead House, Cathcart. The couple married on 6th June 1872 in the Athole Arms Hotel, in Dundas Street, Glasgow. John, who was a coachman as was his father, was born in Edinburgh and Jessie his wife, who was a domestic servant when they married, was born in Denny, in Stirlingshire. Whether of necessity or ambition the Brodies moved around the country seeking employment. Following their marriage, John first worked as a coachman in New Kilpatrick, Bearsden where four of their children were born, Jessie, Maria, John, and Lizzie. By the late 1870s the family had moved to Mearns where John had found work as a coachman at Broom House. Another daughter Caroline was born in Mearns. Later the family moved to the Crutherland Estate near East Kilbride where once again John found employment as a coachman.

Broom House, now Belmont House School, was built in Mearns in the 1830s as a country residence for brothers, John and Arthur Pollok. (cf. monument Z02). Broom Stables where John Brodie died in 1882 were later converted into the residential accommodation in Lochbroom Drive.