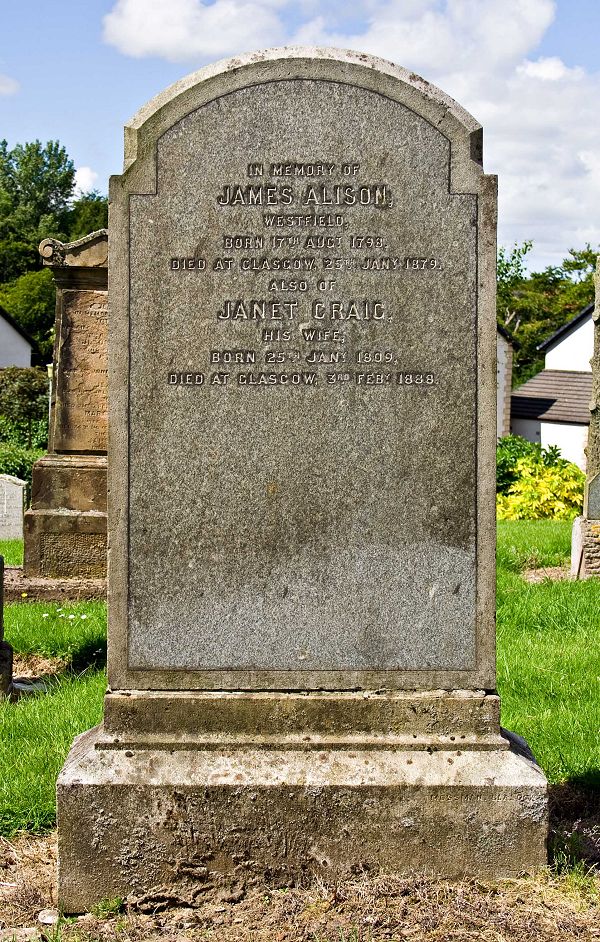 IN MEMORY OF
JAMES ALISON
WESTFIELD,

The farm at Westfield to the south-west of Hazleden in Mearns was the home of the Alison family between the 1830’s and 1850’s. The farm covered seventy acres of arable though hilly land, from which sufficient income could be generated to support this family.

At some time during the 1850’s the family left the farm, the parish and the country air and changed it for the polluted atmosphere of the metropolis of Glasgow. Taking residence in a tenement flat at 62 Hill Street in the Garnethill district would have been an extreme change of environment for both James and his wife Janet. Despite this lifestyle change both parties lived to great ages with James dying at eighty years and his spouse at seventy-nine years.

It was to Mearns Kirkyard that this couple were brought to lie below the soil in the parish where their association began. James’s death was reported by his son John who at the time of his father’s death was residing in Edinburgh.