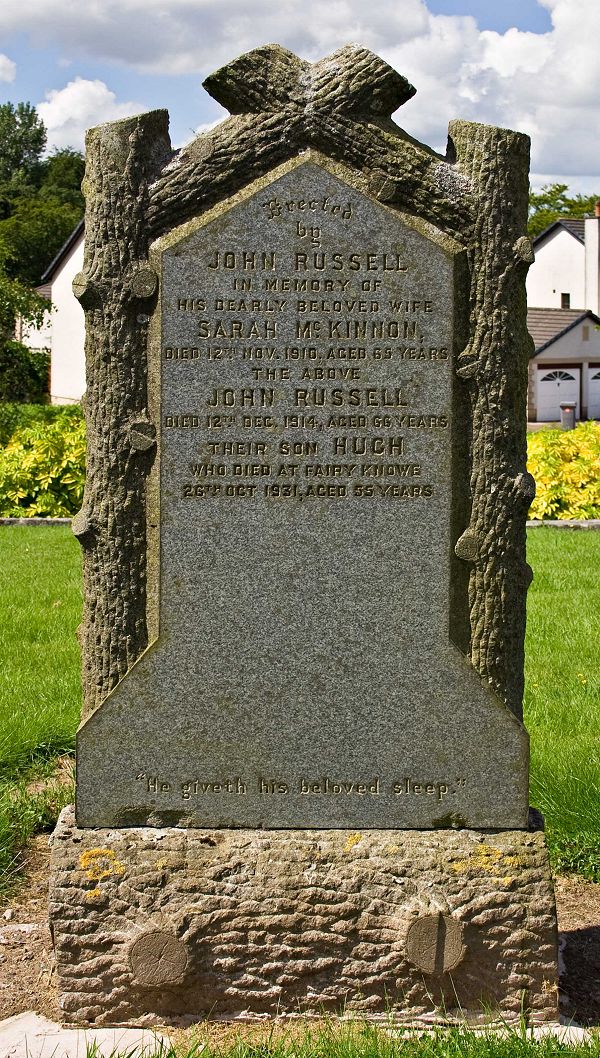 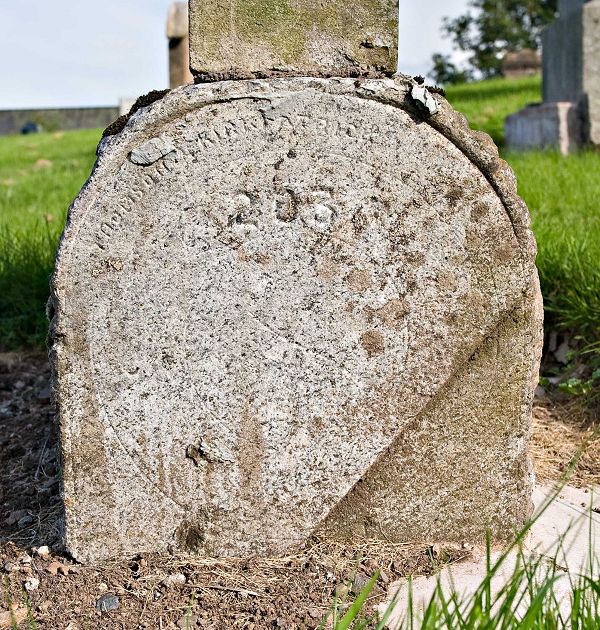 
“He giveth his beloved sleep”

This very elaborate gravestone although created in the early 20th century has leanings towards the earlier Victorian period when symbolism on graveyard artefacts was often demanded of the monumental masons. This stone would have been produced awaiting selection by the customer, and would have been one of a batch manufactured at the same time. This is borne out by the inscription on the left hand base of the stone which gives the name of the manufacturer and the pattern or design number.

Having chosen this elaborate and expensive memorial for his beloved wife Sarah McKinnon, John Russell was to join her under it within four years of its placement.

John Russell, who worked as a farm manager, had married his wife Sarah McKinnon on 30th June, 1871. The marriage took place in Tobermory on the Isle of Mull from where Sarah originally came. John by virtue of his work would have moved regularly about the country managing farms as and when vacancies for such posts arose. Often managers were put into farms that were between tenants, or were owned by the local laird who wanted to retain direct control over their activities. This arrangement often avoided the responsibilities of a landlord towards a long sitting tenant such as a traditional farmer.

John and his wife must have settled eventually in the Mearns with their family, one of whom, son Hugh, is remembered on this monument.

Hugh Russell never married and worked as a bonded warehouseman. He lived with his elderly parents at the house known as Fairy Knowe, which was situated on the Kilmarnock (now Ayr) Road north of Mearns Cross. It was at this address that he died on 26th October, 1931 having suffered an embolism. His death was registered by his brother Donald Russell then residing at 14 Townhead Cottages, Newton Mearns.