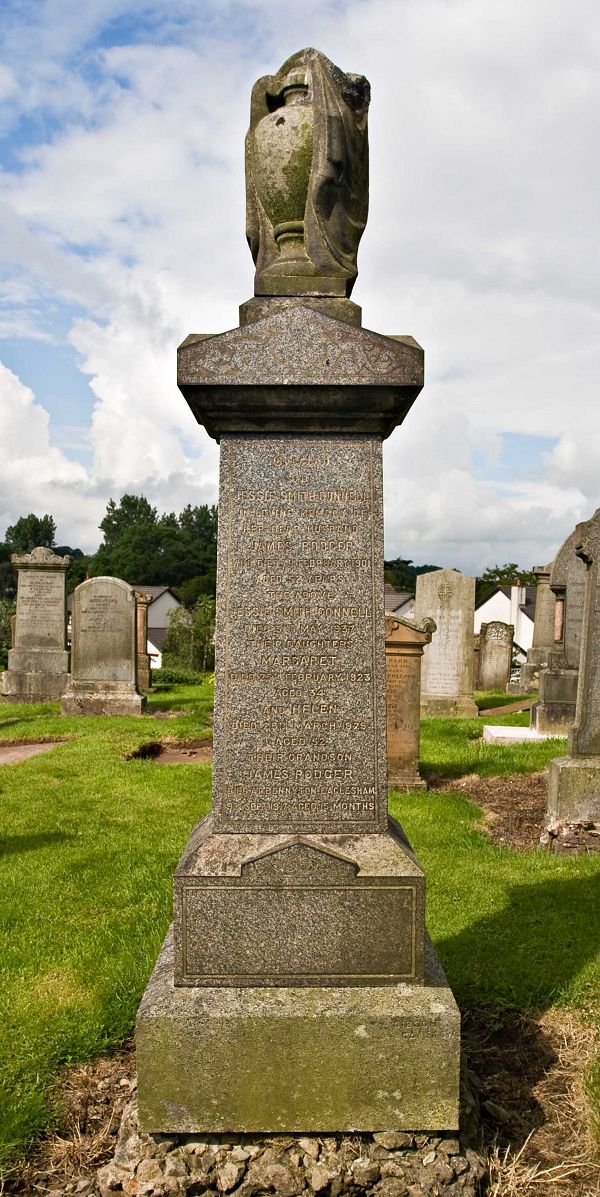 James Rodger, the son of James Rodger and Janet Mair, was born c.1849 in the village of Newton Mearns. He married Jessie Smith Connell in her parents’ home in Sawmill Road, Partick on the 26th November, 1875. James’ address as registered on their marriage certificate was Netherplace, Mearns. Both Jessie and James were working as farm servants prior to their marriage so it is likely that they became acquainted with each other through their work.

The address of the family recorded in the census of that year was Newton House, in the village of Newton Mearns, and James’ occupation was given as a dairyman.

In 1892 the family moved to Netherplace Farm where following her husband’s death Jessie managed the farm with the help of five servants, a general servant, a dairymaid, a byreman, a ploughman and a threshing mill engine driver.

Jessie Connell Rodger née Smith died in 1937. Her daughters, Helen and Margaret, are commemorated on the monument. Her grandson, James Rodger, the son of David Rodger and his wife Grace Gilmour died in 1917.

Netherplace Farm has been worked by the descendants of James Rodger since 1892.