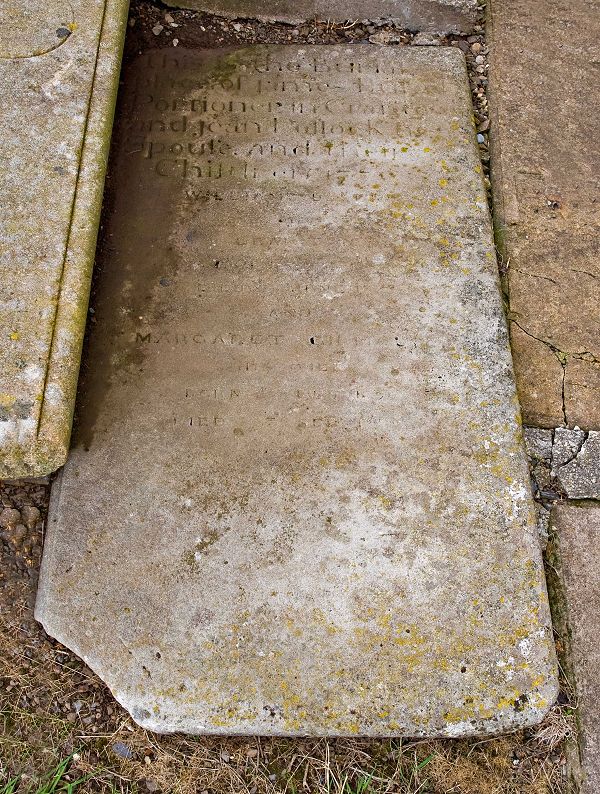 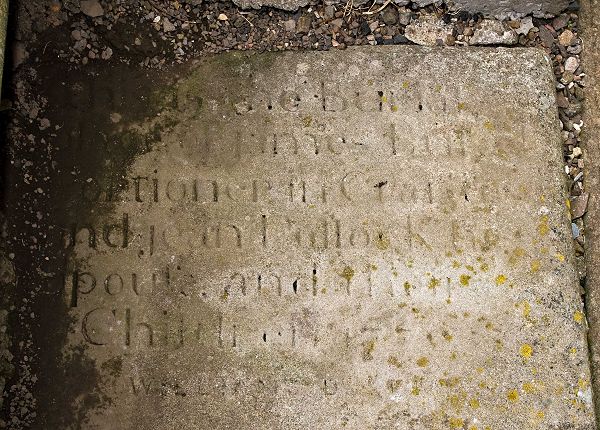 The persons commemorated on this monument spent their lives on the farms which were formed by a cluster of such establishments known as Craigton. Four farms in total carried the name Craigton and were made by the separation of what had been a very large farm into smaller units. At various times the farm had different prefixes in an effort to give them a unique identity, and in this case the farm originally known as Craigton under James Russell was to be designated High Craigton under William Russell.
The Craigtons situated between Middleton and Walton Farms were reasonable arable land and would have provided a good living for their occupants. High Craigton was about fifty acres in extent.

The person first listed, James Russell, was able to buy his farm as he is designated as a portioner, which indicated that he owned or part owned his farm. He was born in the Mearns and took a wife named Jean Pollock, a Mearns lass. It appears that the entire family perished either through accident or disease, as they are all shown on this monument as having died in 1770.

This may explain how another James Russell, perhaps a cousin, married to an Agnes Russell, appeared on the farm. It is their son who is secondly commemorated on this stone, namely William Russell.
William was born at Craigton in 1791 and at age thirty-eight years married Margaret Gilmour. The couple remained at High Craigton until the death of William at the age of sixty-seven years on 9th June, 1859.

Shortly after his death his wife suffered a stroke which caused her paralysis, and died on 30th September, 1859 aged sixty years. She had survived her husband by a mere three months.