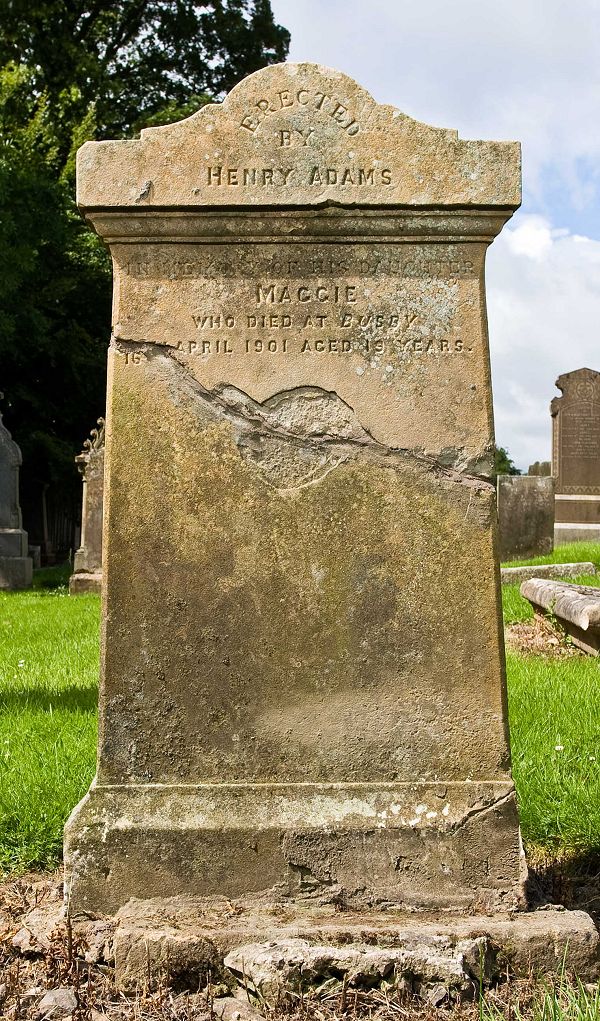 This monument was placed over the grave of a young woman by her grieving father.

Margaret Adams, known as Maggie, had succumbed to the dreaded debilitating condition of tuberculosis at the tragically young age of nineteen years. This medical scourge was very common in the times, particularly amongst the poorer classes but not exclusive to them, often aggravated by the conditions in which they were employed or housed. No cure was known or available until the middle of the 20th century when modern drugs finally put paid to its worst effects. Poor Maggie had been affected by her complaint for a period of seven months before it finally overcame her.

Her father Henry Adams, a slater to trade in Busby, along with his wife Margaret Tennant, had put themselves to considerable expense to erect a very substantial monument to their child. No other person is commemorated on the stone which may indicate that the family did not remain in the area until their own deaths.