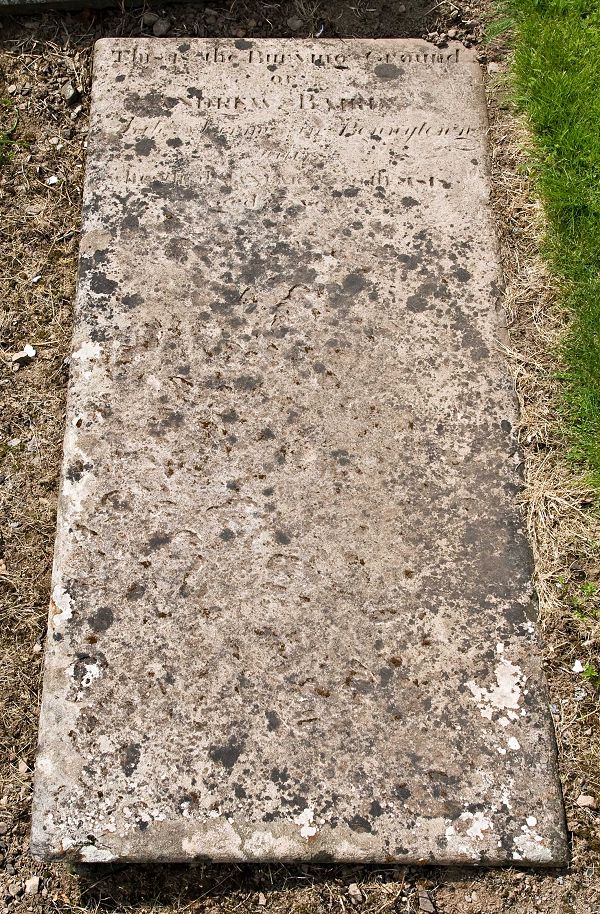 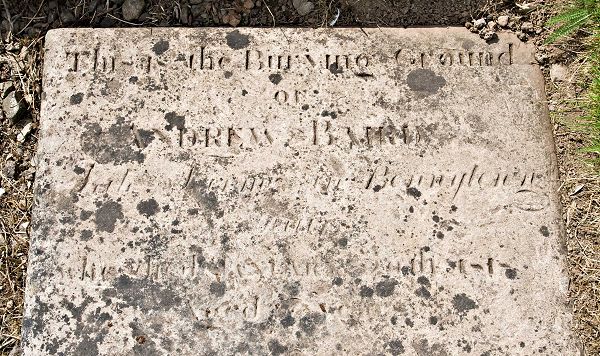 Little is known as to the origins of the deceased lying under this stone. The surname Baird was well known in the farming community of Mearns where several generations of the family occupied the farm at Fa’side. This particular family came originally from Carmunnock and branches were to be found in East Kilbride and Eaglesham districts.

It is most probable that Andrew Baird commemorated on this stone is a member of this widespread family.
The fact that the memorial stone is of such large dimensions, and has only one person named on it, might suggest that the occupant of the grave was a bachelor or that his family left the area after his demise.
Working the farm of Bonnyton Moor would certainly have been a hard task, particularly in the years covered, given the lack of machinery of any significance and the isolated geographical position it occupied. Sheep and black cattle were the only sustainable types of farming suitable for such rough terrain.
Despite its disadvantages and exposed situation Andrew was able not only to survive but to flourish under such conditions, as he was not to be laid to rest in the Mearns Kirkyard until he had reached the advanced age of ninety-six years.

Andrew, born in 1722, had seen a revolution in farming with the move away from the runrig method of land allocation to enclosed farming units. Born during the reign of George I, Andrew lived through the Jacobite Uprising culminating with the Battle of Culloden in 1746 and the defeat of Charles Edward Stuart the Young Pretender.

The grave, being a flat stone, is typical of the burial method employed in those times before vertical stones became common. This method was intended to not only protect the corpse from grave robbers but also to indicate the grave size, avoiding other burials overlapping the lair.