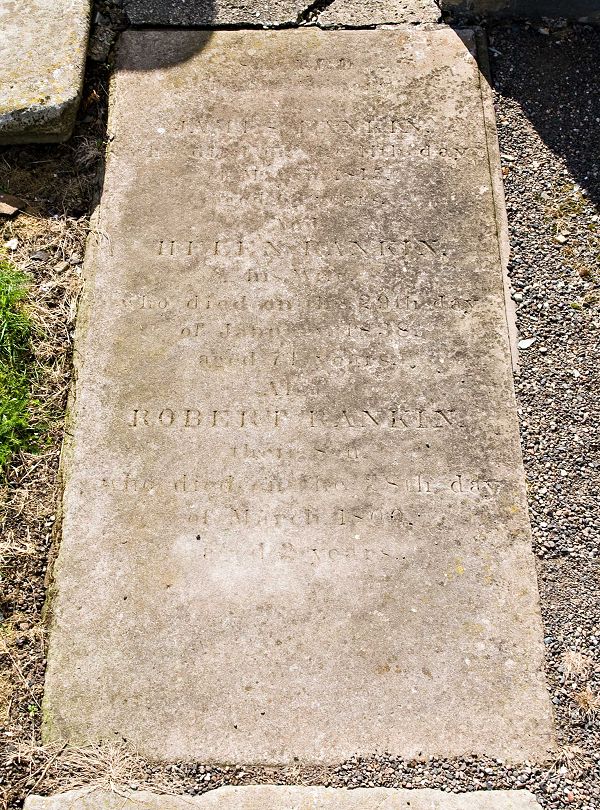 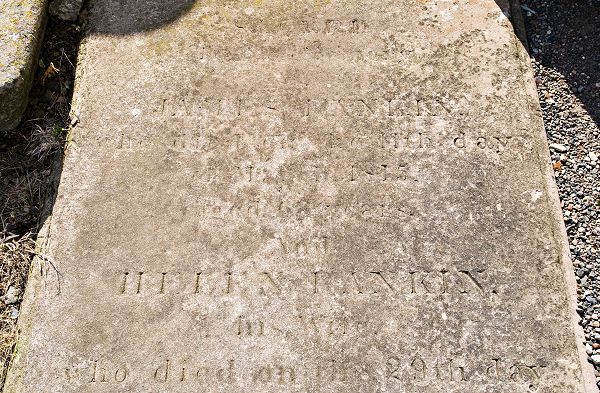 James Rankin (1752-1815) and his wife Helen Ferguson of Auchentiber (1764-1838) whose names are inscribed on this memorial were married on 5th June 1786 and lived at Mainshouse, Mearns. Their two year old son Robert who is also commemorated here died in 1800; another son, born the following year, was also named Robert. The Rankins had seven children, a daughter Marion, and six sons including the two Roberts.

The ‘replacement Robert’ (1801-1870) received his education at the Parish School at Mearns and joined the staff of Pollok, Gilmour & Co. in Grangemouth on his fourteenth birthday, transferring a year later to the company’s Glasgow office. He must have shown great ability for he was sent as a young man of seventeen to represent the firm in Miramichi, New Brunswick in 1818. He founded the firm of Robert Rankin & Co. at St John, New Brunswick in 1822 and the firm of Rankin, Gilmour & Co. of Liverpool about 1838-1839. Two of his daughters, Helen and Agnes, died in Mearns in December 1838 (cf. monument G05).

The one-storey ruin of Mainshouse, the home of James and Helen Rankin, can still be seen within the grounds of the Golf Academy, off Waterfoot Road.