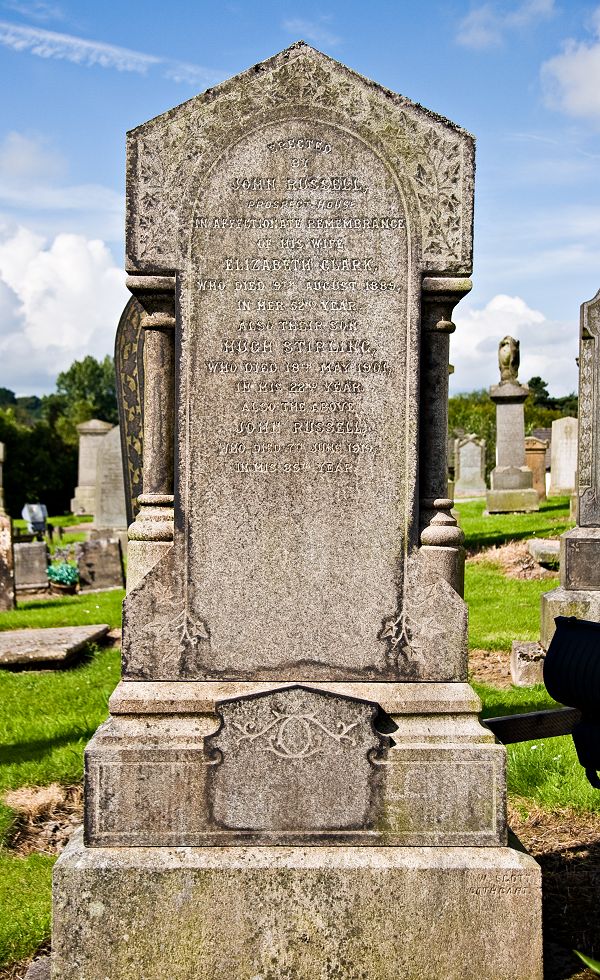 John Russell, Master Joiner and Cartwright, inherited a long established joinery business in Newton Mearns and built Prospect House, a large three storey residence with extensive gardens, near his workshop at the north end of Main Street in the 1870s. He was the son of Master Joiner, William Russell (b.l800), and his wife Agnes Giffen (b. 1804).

He continued the business which remained a family concern until the death of his grandson John Russell in 1975.

John Russell and many of his descendants had a great interest and acknowledged expertise in gardening matters. He is credited with founding Mearns Horticultural Society which will celebrate its 150th anniversary in 2008.

Born c.1835, he married Elizabeth Clark, daughter of William Clark and Agnes Pollock of Nether Malletsheugh Farm, on 27th January 1865, in Mearns. The couple were to have a large family, two daughters and eight sons.

Their son Hugh Stirling Russell who is commemorated above was named after Hugh Stirling, the third minister of the Newton Church (the present Newton Mearns Parish Church) from 1817-1856.