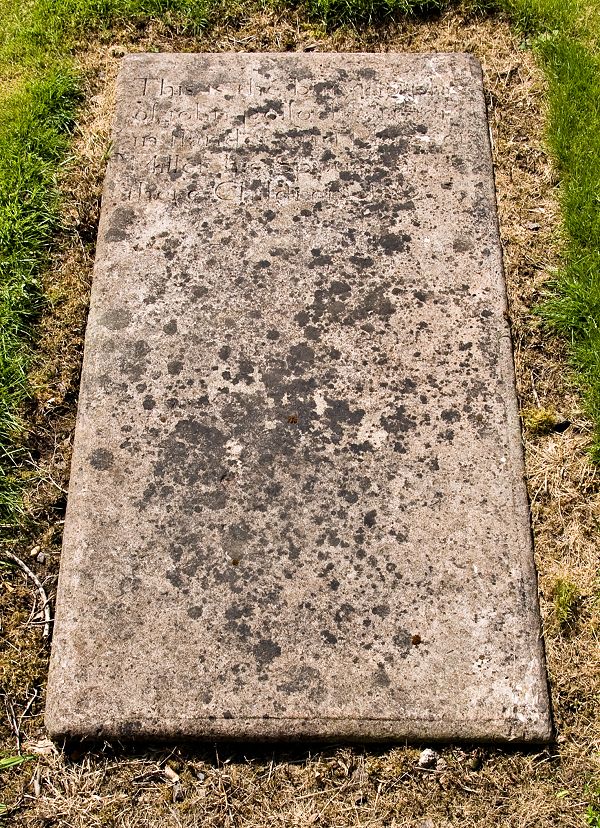 Despite the limited information displayed on this stone the family who occupy this resting place were connected to the Mearns parish for many centuries. Taking their surname from the lairds of the surrounding estates, the Pollocks, they established their own identity by their actions and affiliations within Mearns and surrounding communities.

One of the most notable times when the family drew attention to their presence was during the Covenanting period. In common with many families in the district, the imposition of the Episcopalian use of bishops within the established church in Scotland drew a strong negative reaction from the clergy and parishioners of the various churches in the area. This rebellion was particularly strong in the south-west of Scotland and no more so than in the areas of Mearns, Eaglesham and surrounding districts. The ousting of over 400 ministers from their churches for refusing to use the imposed liturgy of the Episcopalian way of worship brought to a head the movement’s momentum that was to last over many years.

Those joining this protest became law-breakers and severe punishments were meted out on adherents to this cause. One such was a John Pollock of Flender who was fined heavily for his involvement in the Covenanting Movement in 1662. In 1684 a Robert Pollock of Flenders was classed as a fugitive owing to his allegiance to the cause.

Eventually we come to John Pollock, farmer at Flander. The farm at Flander, or Flenders as it is currently known, was part of the estates of Greenbank and had existed in one form and another over several centuries. Thought to have been originally part of Templar lands it became the hub of a thriving and populous fermtoun.

Little is known as to the lives of this John Pollock and his spouse Margaret Miller other than they were the remnants of a long family connection with the farm.

Owing to the inscription displayed on the monument indicating only one date of death it may be that the entire family perished simultaneously owing to disease or accident such as fire.