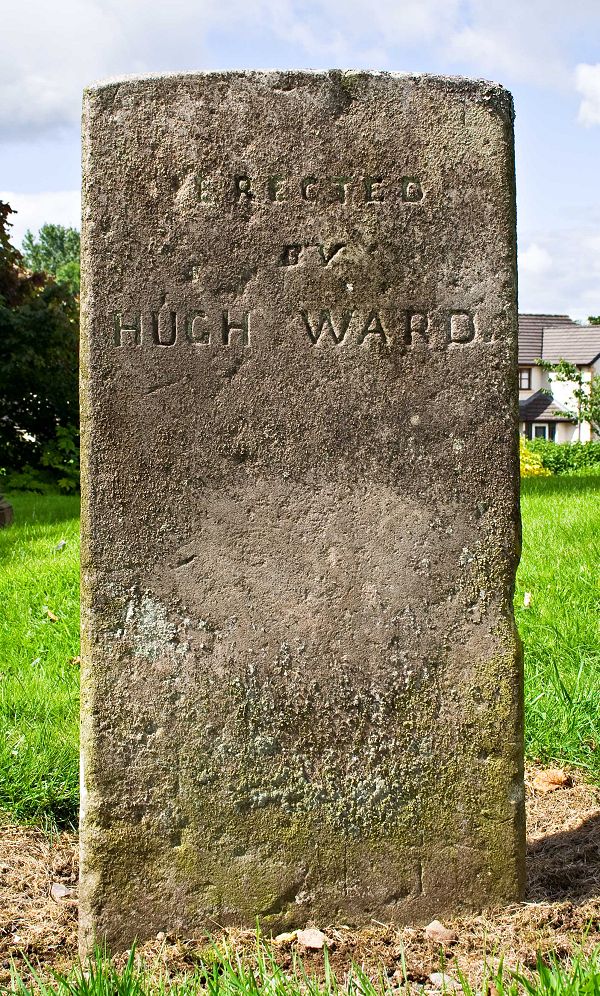 This very sparse inscription on a rough cut freestone with unsophisticated lettering thereon gave the researcher little to go on in an effort to identify its source.

Investigations revealed that Hugh Ward, a bleachfield labourer, appears to have been the person responsible. Hugh, the son of Neil Ward, a freestone quarryman, may even have constructed the entire stone by his own hand, having acquired the skills and tools from his father.

Hugh married Jane or Jean Young at Mearns on 15th February, 1852 and set up home within the village of Newton Mearns. A daughter was given the name Jeanie Young Ward in 1887.

Hugh Ward died in the village of Newton Mearns on 5th April, 1886, the cause of death being given as acute pleurisy. The death was registered by a person giving the name James Ward, a son of the deceased; although no Scottish birth certificate has been found for this person.

Alternatively the stone may have been erected by Hugh Ward for his illegitimate son, also named Hugh. This person was a twenty-three year old bleacher to trade when he died of peritonitis at the hamlet of Gateside on the Old Mearns Road. This man was shown as having been born to Hugh Ward and Sarah Black out of wedlock in 1850. He had married Catherine Kerr at Mearns on 18th November 1873, and tragically died on 22nd November that same year. The marriage had lasted only four days. The death was reported by his brother Neil Ward.