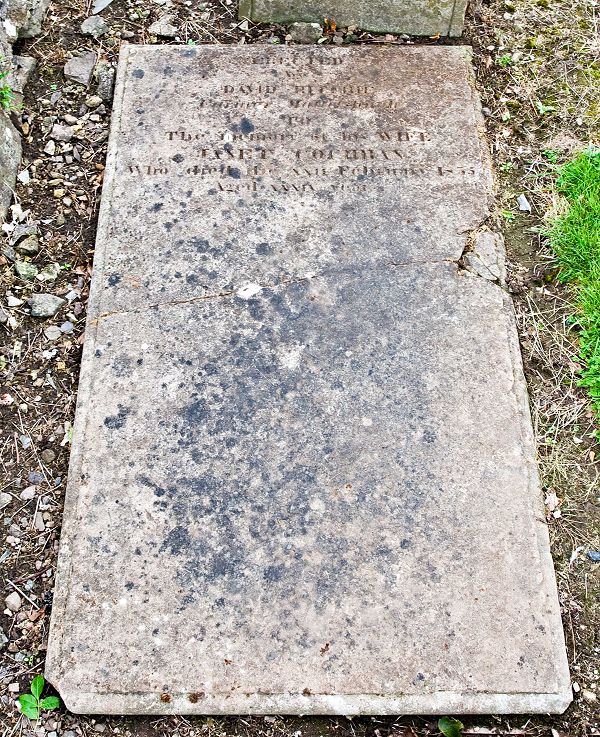 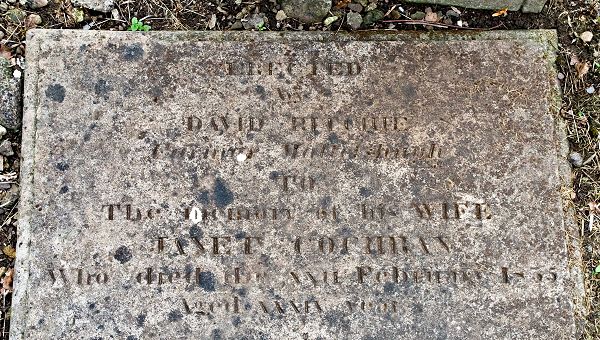 The memory of his WIFE

David Ritchie, the farmer at Nether Malletsheugh Farm, was born in the district to David Ritchie and Barbara Gilmour on 2nd April, 1800. Within two months of his birth, his future wife Janet Cochran was born to John Cochrane and Jannett Andrew again in Mearns.

This couple married around 1824, and initially lived at Langton Farm where their first two children were born. By 1828 they had moved to Nether Malletsheugh, a forty acre arable farm lying west of the village of Newton.

Within the next seven years Janet Ritchie was to produce another four children for her husband. Unfortunately it would appear the birth of her last child in February 1835 was her undoing as she died in childbirth aged thirty-five years.

Left with six small children to raise, it is not surprising to see that David Ritchie married again. Within a year of the demise of his wife Janet Cochran, David married Mary Young, a local girl some fourteen years his junior. This couple were to produce another four children.