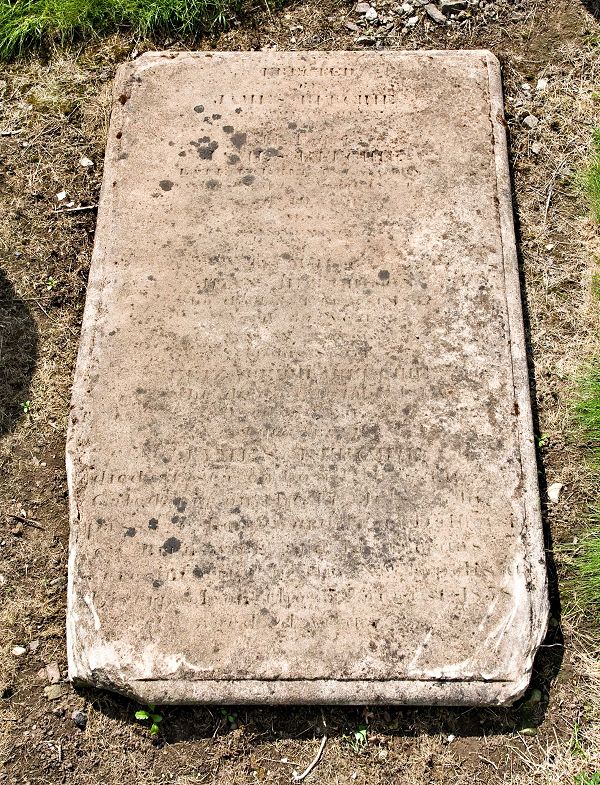 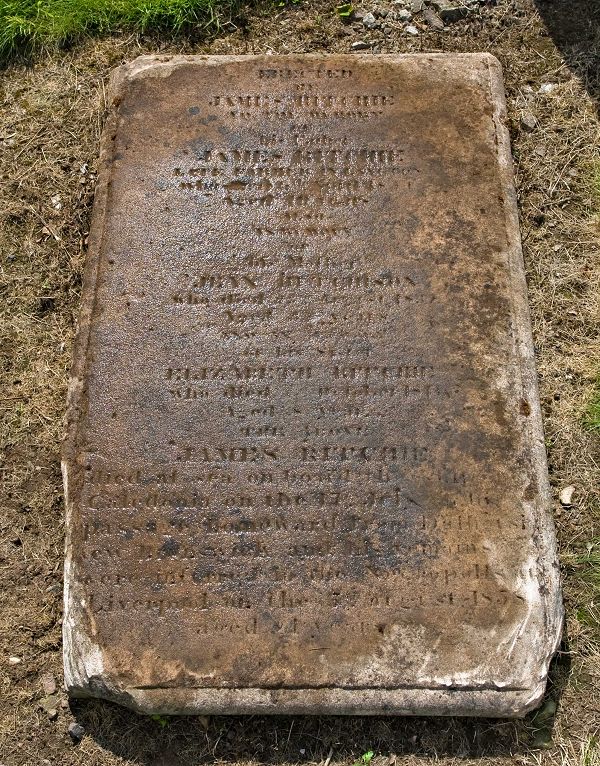 Whilst it is still possible to read the names inscribed on this memorial, the dates have become difficult to record with any degree of certainty. Reference was therefore made to the recordings published in 1969 for the Scottish Genealogy Society but it seems likely that there was already a significant degree of erosion on the memorial even at that time.

According to the record made in 1969 James (father) Ritchie’s death occurred on 6th April 1818, but as he did not marry until 1827, this date cannot be correct.

The date (1838) on which James Ritchie (son) died at sea on his passage home from New Brunswick, as recorded in 1969 and also by the present team in 2007, also lacks credibility for if he was born in 1834 he would have been only four years of age at this time. If his death, however, occurred at the age of twenty-one years, this would have made the date of his death about 1855. It is likely that James would have been employed in Pollok, Gilmour & Co. or one of the related companies in New Brunswick.

Another young man from Mearns, Arthur Herbertson, died at sea on 26th April 1856 on board the ship, Henry Cooke. His death was attributed to ‘natural causes’. He was on his way home from New Orleans where he had worked as a ship storekeeper. Arthur was buried in Mearns Kirkyard. If a memorial was erected in his memory in the past, there is no longer any trace of it.