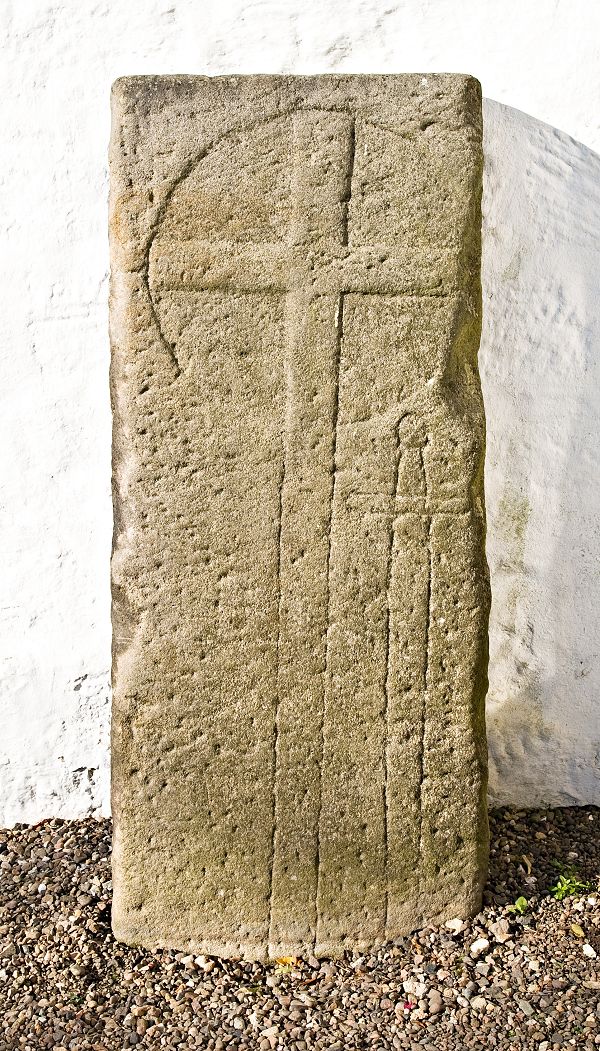 In 1932 a Session House, a Vestry and Chancel were added to the church building which was built in 1813. During building operations a sculpted stone was discovered. The stone, marked by a cross within a circle, with a sword parallel to the cross, was raised by the builders and propped up against the east wall of the church, where it remains today.

The Glasgow archaeologist, Ludovic Mann (1869-1955), examined the stone and gave as his opinion that it was a Templar memorial which he dated as 13th century. It would have marked the burial place of a person of some importance in the community.

The Knights Templar (the Poor Knights of Christ and of the Temple of Solomon) were members of a military religious order founded by Hugh de Payens, a French Knight, about 1118, to protect pilgrims in the Holy Land. They became immensely rich and influential, acquiring property throughout Christendom, and acting as bankers to the nobility. Their wealth attracted much hostility to their Order and was the cause of their downfall. Charged with immorality and heresy by Philip IV in 1307, they were denounced and their wealth confiscated. Two years later the Templars in Scotland were arrested by the English forces and disbanded.