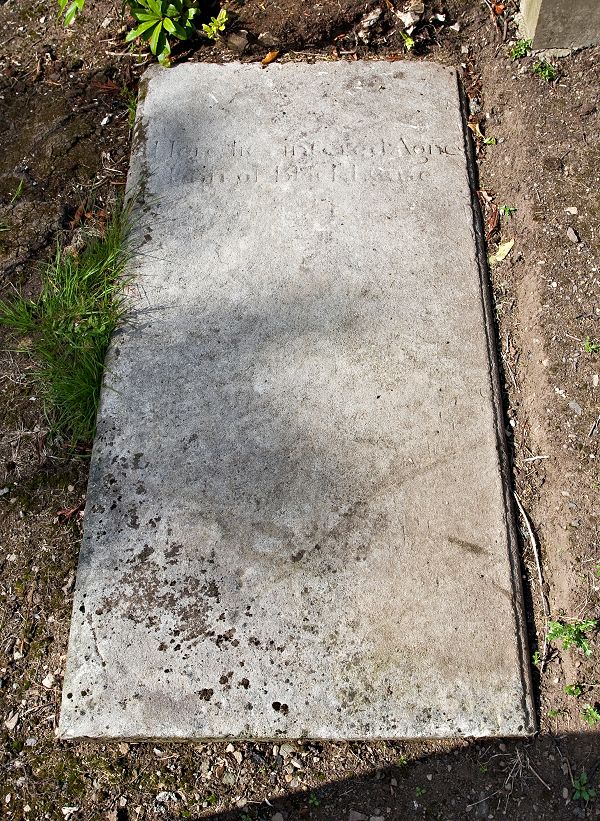 Nature it is acknowledged has the ability to engulf all man-made objects given time and this memorial was an example of this phenomena. A portion of stone slab bearing no markings was all that was apparent to the viewer until clearance of accumulated soil and vegetation revealed the short inscription now identified. This part of the memorial had been entwined in the roots of bushes, and within a short period of time would have disappeared from view.
Unfortunately despite the efforts made to capture the information contained on the stone earlier weathering had taken its toll of the inscription.

Sufficient fragments were available to identify this grave as being the resting place of one named Agnes Bain and her place of residence shown as Blackhouse. Lack of visible dates has curtailed any further identification of this individual. The appearance and style of the stone would suggest the burial to have taken place in the 17th or 18th century.

The address of Blackhouse could relate to one of two farms that carried this name. One such was situated off the Mearns Road north of the hamlet of Gateside, whilst the other was situated on moorland to the south of Mearns just within the parish of Eaglesham.

No indication is apparent as to any other persons sharing this lair.