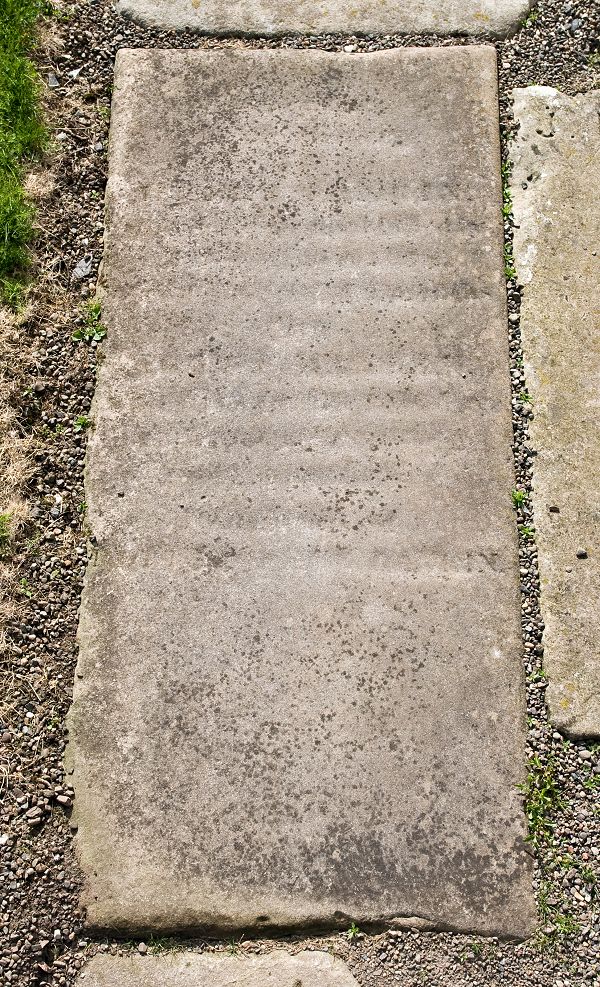 The inscription on this memorial has so deteriorated that it is now practically impossible to obtain information from it. The following inscription was recorded for the Scottish Genealogy Society in 1969.

In 1838 at the time of the ‘dissension’, (a row between John and Arthur Pollok and Allan Gilmour, partners of Pollok, Gilmour & Co.), Robert Rankin was recalled to Scotland from St. John, New Brunswick, in an attempt to settle the dispute. Accompanied by his wife and family they resided at Hazelden, Allan Gilmour’s house, near Mearnskirk.

The following extract from ‘A History of Our Firm’ published privately in 1909 and 1921 by John Rankin, a descendant of the Rankins of Mainshouse (cf. monument K01), provides further information.

“Amid so much strife and worry, what must not a tombstone in the Mearns Kirkyard tell of sorrow. It is the loss from scarlet fever, while he (Robert Rankin) was staying at his partner’s (Mr Gilmour’s) house, shortly after his arrival, of two of his three children. The record is of Helen Rankin, 13 December 1838, aged six years and four months;Agnes Rankin, 23 December, 1838, aged four months. Earlier in the same year he (Robert Rankin of Robert Rankin & Co.) had lost another child at St. John, New Brunswick.”

Broom House is now part of Belmont House School in Sandringham Avenue, Newton Mearns. Hazelden House was rebuilt in 1910. The one-storey ruin of Mainshouse stands in the grounds of the Golf Academy, off Waterfoot Road.