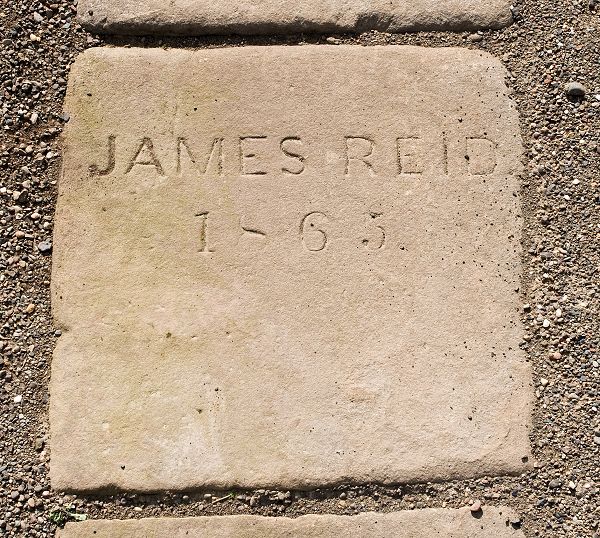 This simple paving slab, on the path surrounding the south side of the church may possibly not be covering the actual grave of the person named thereon. Several such gravestones have been put to this use over the years without thought for the history or geographical siting of the grave.

This particular stone has retained its inscription, short as it is which helps in identifying the interred.

The inscription refers to a James Reid and the date 1865. A search of that year’s death records fails to identify such a person being buried in Mearns Kirkyard. However, on 19th April 1864, a young man named James Reid was to die of tuberculosis at the fermtoun of Malletsheugh. This person was a joiner to trade and resided with his parents James Reid, an outdoor labourer, and his wife Jean Anderson.

Considering the simple nature of the monument it is very possible that it commemorates this person. The slight difference in dates may be caused by the family only having the stone prepared sometime after the burial and that date is shown on its face rather than the date of death. His death was registered by his brother John Reid.