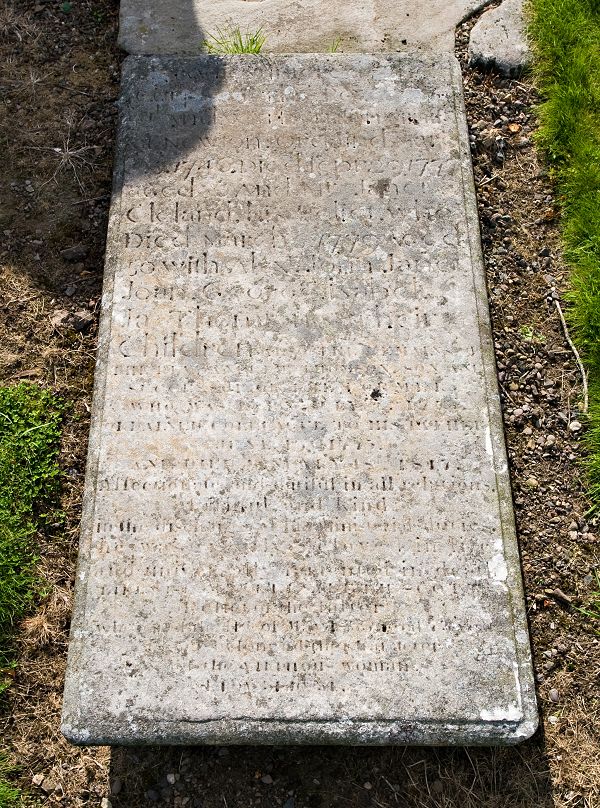 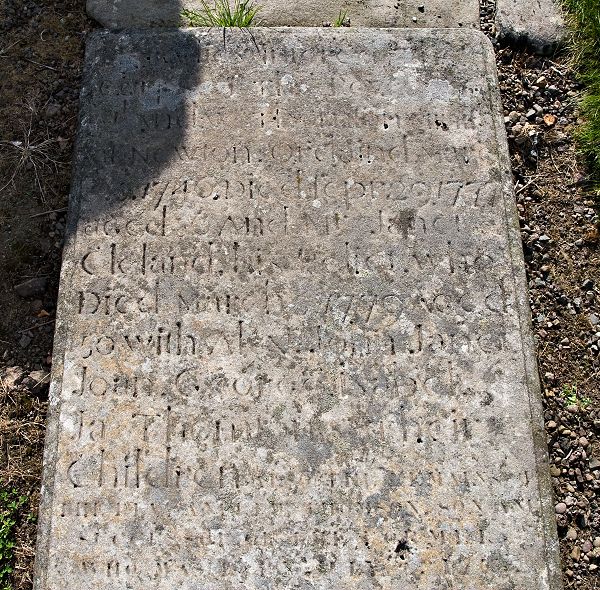 This flat stone is badly worn but reference to the recordings produced in 1969 for the Scottish Genealogy Society and some knowledge of church history has allowed the following information to be compiled. The stone commemorates two ministers and their families. The Rev. Andrew Thomson and his son of the same name who succeeded him were the first and second ministers appointed by the Secession Church in Newton Mearns. Between them they served the church for nearly three quarters of a century.

The Rev. Andrew Thomson (father), ordained 26th March 1746, died on 29th September 1777 in the 57th year of his age and the 32nd of his ministry. Also commemorated on this monument are his wife, Janet Cleland, who died on 7th March 1779 aged fifty years, and six of their children, Alex, John, Janet, Joan, George and Isabel.

The Rev. Andrew Thomson (son) was ordained on 13th June 1775 and died in the 64th year of his age and the 42nd of his ministry on 18th January 1817. Mr Thomson was known as ‘a plain, practical and earnest preacher.’ His wife, Elizabeth Scott, died on 11th May 1833 at the age of seventy-three years.

Newton Mearns Parish Church had its origins in the Praying Societies of Mearns, Eaglesham, Neilston and Fenwick which joined together to form a congregation recognised by the Secession Church in 1739.

The Seceders campaigned for the rights of congregations to appoint their own ministers. The practice at that time in the established Church of Scotland was for the appointments to be made by the patron, a local land owner.